Moldova
In Moldova, we were faced with the task of steering tough EU diplomatic entanglements, in a direction that secured justice for our Azerbaijani client. The client was an important investor in Moldova. His interests in a Moldovan port which also involved huge EBRD investments had been compromised. Our client sought a solution in Moldovan courts. After a freezing order in his favour was miraculously lifted, he was concerned about the rule of law, independence of judiciary and the respective safety of his assets in this potential EU member state – and reached out to our team. 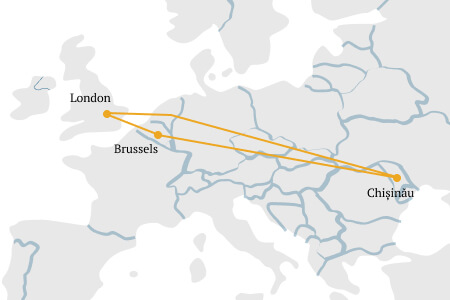 The strategy was a bold venture into the new multi-layered external relations boundaries that have been blurring the spectacles of due process. It was a marriage of semantic entrepreneurship and geo-political exchange. It reminded the EU that it had an obligation to uphold the rule of law, and litigiously exposed the circumstances surrounding the freezing order. It pointed at the potential local executive involvement in the lifting of the freezing order. Most importantly it used linguistic skills of a hybrid legal-diplomatic nature to put the EU in a neutral position and still secure justice.

Alber & Geiger was able to act as an enzyme of due process by taking politics out of the courtroom. The EU was ultimately content with making a neutral statement that did not implicate its integrity. It resulted in substantive justice for the client, and created a more positive relationship with the EU institutions.