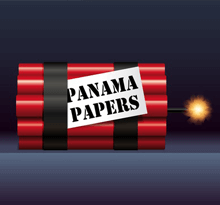 On 14 April 2016, the European Parliament (EP) voted in favour of setting up an inquiry committee to investigate the so-called Panama Papers.

The committee is expected to have the power to investigate all European clientele of tax havens in Latin America. In addition, the newly set up parliamentary committee will exacerbate the debate over a review of existing EU tax policies. It could even call on the Commission to initiate additional new legislation aimed at strengthening tax transparency.

Currently, the Commission is amending the Accounting Directive to impose rules aimed at fighting tax evasion by multinational corporations. Under the proposed amendment, every company operating in the EU with global revenues exceeding EUR 750 million per year shall publish the amount of tax it pays in each EU Member State, as well as provide additional information on its activities. Information will include, inter alia, the nature of its activity, the total net turnover, the profit before tax, the amount of income tax due in each country, the tax actually paid and the accumulated earnings.

All this may adversely affect the position of shareholders and statutory bodies, as well as future business operations of multinational companies operating in the EU. Individuals may be embroiled in the scandal and face reputation issues.