Luka Beograd
The collapse of former Yugoslavia, and the transplantation of Western jurisprudential approaches to property rights had created a paradigm shift in Serbia. Few legal professionals had the transnational tools to sow together the broken components of proprietary expectations into the new European genome. Alber & Geiger was well placed as an innovator in legal and political discourse to fill the gaps left by this fragmentation. The Port of Belgrade’s property and investor rights were being violated by arbitrary Serbian legislation. There were limited domestic channels for these rights to be rectified and the Port of Belgrade was about to lose significant holdings. It turned to Alber & Geiger for help.

The strategy made use of the new supra-national extraterritoriality, which post-communist states have been using to reconstitute certain rights and obligations. It deployed Alber & Geiger’s frontier specialization, in the legal and political framework of the EU accession process. It addressed the EU institutions and Member States while Serbia was in the process of fulfilling its obligation to attain EU candidate status. It put forward comprehensive legal analysis that employed the entirety of the acquis communautaire. Consequently, Alber & Geiger was able to show that the Serbian bills were in sharp contradiction to EU principles and the Copenhagen criteria. Furthermore the strategy drew on our experience as an inter-institutional communications bridge. On technical level, we established that the Serbian executive had ignored and misinterpreted EU recommendations when drafting the legislation. We helped the legal narrative of the Serbian government and that of the Commission come together in a coherent mutually beneficial form.

Influential, targeted and successful
Olivera Bozic- General Manager, Port of Belgrade
Alber & Geiger’s lobbing activity raised the awareness of European Parliament and the Commission towards the rights violations. We persuaded the European Commission to pressure the Serbian government into changing the content of these laws and to bring them in line with the EU acquis communautaire. This result required a bold determination to charter new and ambiguous areas of law. It called on Alber & Geiger to take on a leadership role in securing the fairness of multi-level governance. 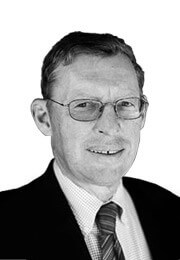 Meet the complete team
Valuable EU support and advise.
H.E. Menouar Alem- Ambassador to the EU, Kingdom of Morocco
We use cookies to ensure that we give you the best experience on our website. If you continue to use this site we will assume that you are happy with it.OkRead more