Upholding the rule of law

The Maidan Square disaster on the eve of the Ukrainian Revolution was a turning point for the pro-Russian government of Viktor Yanukovych. On February 20, 2014, over 50 protesters lost their lives in gunfire incidents in Kiev. This lead to the fall of Yanukovych’s government which triggered the Russian annexation of Crimea and a souring of the relationship between Russia and the West. On March 5, 2014 the EU Council froze the assets of 18 former Ukrainian high-ranking officials. They were suspected of involvement in the Maidan Square disaster and misappropriation of state property. Mykola Azarov, the former Prime Minister of Ukraine, and his son Oleksii Azarov, were amongst them. They turned to Alber & Geiger for help.

Ukraine
Alber & Geiger was faced with defending the rights of its clients in a highly politically charged atmosphere. The sanctions were against the backdrop of the tragic sniper-fire incidents, which had rallied the international community against the Ukrainian government. The Azarovs were caught at the forefront of everything. However they had no proven personal involvement with the crimes. Alber & Geiger had to demonstrate their innocence before institutions with strong convictions about their executive culpability. Actors who were peripheral to the institutions were also influenced by the consensus and were to prove difficult to co-ordinate. It required a subtle deployment of legal and emotional intelligence to navigate through the political turbulence.

The case against arbitrariness and breach of law

Our message was one of propriety and due process. We emphasised that these values were crucial during this period of internal fragmentation in Ukraine. The message put forward highlighted that the decision to sanction lacked a suitable legal basis. The EU and the new revolutionary establishment had acted arbitrarily in its selection of the particular individuals for sanctions. It demonstrated the civic virtues of the Azarovs and how they were people who should embody the new Ukraine. It showed how Mykola Azarov had selflessly resigned to help preserve peace and order in the country. It revealed that there was narrative on both sides of Ukraine’s cross-cultural internal politics. The rectification of the divisions that had been created in the country required a respect for the rule of law that made our message indispensable to our clients.

The strategy employed was built on an awareness of the full scope of the rule of law in Europe today. It required a legal innovation that our multi-professional firm was able to bring to the table with an excellent expedience. The three pronged approach attacked the premise of the sanctions at the right places, and at the right times in the professional calendar. Alber & Geiger challenged the (1) legality, (2) legitimacy and (3) non-arbitrariness of the action. The multi-level European institutional space calls for a broad range of actors to hold up the values of due process. The strategy therefore had a grasp of all the potential playmakers.

It relied on decisive and precise legal argumentation to overcome the committed consensus of EU officials and periphery playmakers. In this regard it put forward that the freezing of funds was of a persecutive nature and not within EU competence. We made clear that the arbitrary targeting of individuals lacked a sufficient legal premise. Through diligent fact finding we were able to cast doubt on the premise of the government’s alleged responsibility in the first place. The strategy looked at the procedural fairness surrounding the sanctions. We exposed the political affiliation of the new Ukrainian Attorney General who seemed to be disproportionately targeting members of the opposition. Concurrently our strategy was tailored specifically, to present our individual clients as politicians with integrity. Branding the public image of our clients based on their true nature called for legal, political and emotional intelligence wrapped into one coherent strategy.

Alber & Geiger as a mediator

We were able to help reinforce the rule of law. It managed to get the notions of fairness and equitable treatment of individuals into the public forum at a time when fairness was not an institutional priority. The majoritarian multi-institutional political consensus against our clients did not stand in the way of our professional obligations. Our efforts helped the transnational order keep its integrity.

Protecting the Azarovs against the weight of international sanctions was a success story. This mandate exemplified Alber & Geiger’s flagship specialization. This domain is the ‘nuts and bolts,’ of the lobbying profession. Legal Lobbying. Ultimately the firm was able to successfully get the freezing orders imposed on Oleksii Azarov removed, and considerably improve the position of Mykola Azarov. This achievement was the result of a significant level of competence in the highly litigious form of lobbying that Alber & Geiger was able to employ, in a politically delicate transnational forum. Overall the strategy exposed the freezing action as a political transgression of the international legal order. This mandate was a strong example of our firm’s adversarial spirit. 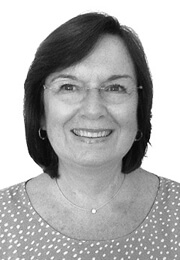 Meet the complete team
They helped us through a sensitive period navigating the political landscape in Europe.
Farhad Aliyev- Former Minister of Economic Development, Republic of Azerbaijan
We use cookies to ensure that we give you the best experience on our website. If you continue to use this site we will assume that you are happy with it.OkRead more