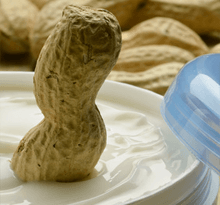 The Commission is considering possible restrictions on the use of peanut oil and hydrolysed wheat proteins (HWP) in cosmetic products.

In 2014, the Scientific Committee on Consumer Safety published two opinions raising scientific concerns on the use of peanut oil and hydrolysed wheat proteins in cosmetic products. According to the opinions, the exposure of skin to peanut proteins of peanut oil at certain level is deemed risky. Similar outcome was presented by the opinion with regard to HWPs.

The Commission has already prepared modifications to the Annex to the Cosmetics Regulation and opened public consultations thereon. The Commission proposes to restrict the maximum peanut protein level of peanut oil, its extracts and derivatives, in cosmetic products, as well as restrict the maximum molecular weight average of the peptides in hydrolysed wheat protein used in cosmetic products.

The deadline to oppose the proposal in the public consultations is set on 1 July 2016.