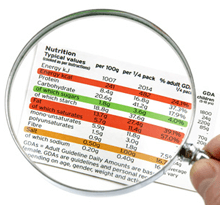 The French government has recently received clearance from the EU Commission to go ahead with plans to introduce a decree demanding companies to label the origin of diary and meat products. The decree is set to enter into force on January 1, 2017.

As of December 2014, the EU has a revised food information regulation that is still in force today. The regulation imposes labeling rules for certain products only, such as fresh meats. Yet Member States could enact country of origin labeling rules on other products under certain conditions, including consumer protection and public health. Any EU country wishing to impose labeling requirements in products not covered need to notify the Commission.

The French decree and, the EU Commission’s green light, allowing the French authorities to apply the measure threaten the food industry. Especially since France is not an isolated case. Other countries intend to implement similar rules. Italy, Portugal and Lithuania have recently notified the Commission about similar proposals. 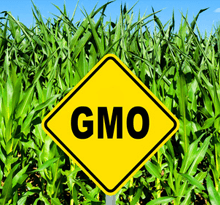 The EU Commission, via the Standing Committee, met for the first time recently for an exchange of views with Member States over the cultivation authorization in the EU of two new GMOs. Other GMOs will be discussed shortly as the Committee plans to hold other meetings during 2016.

Member States’ stance on GMOs varies. Currently, 15 Member States are trying to keep GMOs out of their territory. As per a new directive that was adopted recently, EU countries may ban or limit the cultivation of GMOs in their respective territories. Member States wishing to do so need to express their reservations during the authorization process and demand an exclusion for their territory. And once a GMO has been authorized, they need to provide compelling grounds that range from environmental reasons to socio-economic justifications.

The working of the Standing Committee on Plants, Animals, Food and Feed is an opportunity for interested companies to get going the discussions over the authorization of their GMOs. In addition, participating in the process and discussions by providing information and data will help overcome the assessment and facilitate approval. Participating in this process will also help relevant companies appeal to all Member States and ensure that their GMOs can be cultivated in the majority, if not all, EU Member States. 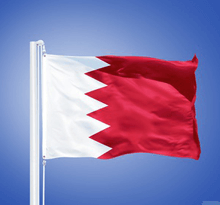 The European Parliament has recently – via a widely supported resolution – condemned the abuses carried out by the Bahraini authorities.

The EU legislative has called on the Bahrain government to end the repression against civil society and opposition. In the same resolution, European lawmakers expressed concern over the recent travel ban imposed by the authorities in Bahrain on civil society preventing them from attending the work of international bodies. MEPs were also careful to express concern over the treatment of the opposition.

The resolution called on the EU to ensure that Bahrain respects its international commitments and its constitution to ensure basic rights and freedoms. Many MEPs asked the Commission to assert the respect for human rights as a condition for any further development of relations with Bahrain.

Such a strong worded European Parliament resolutions could impact relations with Bahrain. They may even lead to political sanctions. Bahraini authorities in this case at hand, but also countries that might find themselves in a similar situation, ought to engage with the European Parliament and EU institutions in general to minimize the risk of restrictive measures.