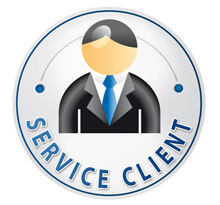 The European Union is assessing whether the existing directive dealing with producer liability for defective products is still fit-for-purpose. The current directive guarantees the liability of the producer in the event of damage caused by malfunctioning products. In addition, it sets common rules for liability and offers consumers an opportunity to claim financial compensation.

Considering the above, producers and insurers as well as business representatives should join the ongoing discussions. 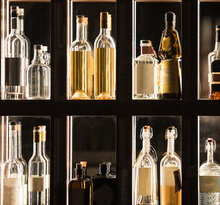 The spirits industry has thus 1-year to find an agreement that meets the expectation of the EU institutions. Otherwise, it could face further regulation.

The European Commission will move forward with the implementation of the Circular Economy Action Plan to fundamentally tackle the use of plastics and prevent completely the creation of plastic waste. The major action, expected to materialize in 2017, will most likely address the full life cycle of plastics.

The EU is a global leader in the production of plastics. Plastic manufacturers, and businesses using plastic materials, will be on the receiving end of the challenging targets. Certain plastic products could even face bans.

To maintain the status quo and ensure EU support that would stimulate innovation when it comes to recycling and waste policy, aligned with the needs of the private sector, manufacturers of plastics need to engage immediately, starting with the imminent consultation process.

Benjamin Franklin is thought to have said ‘nothing in this world is certain, except death and taxes’. But recent state aid investigations by the European Commission have introduced uncertainty on corporate taxation.

Fighting tax avoidance is a key priority for the EU. Yet, the European Commission’s approach has faced criticism for going after big companies from across the ocean. Apple was slapped with a $14.5 billion tax bill. Other big players such as Starbucks and Amazon are in stage of litigation. The European Commission wants all big business operators to pay their ‘fair share’. Therefore, additional cases are set to arise.

Mitigating the consequences of the EU ‘tax crusade’ by achieving more balanced solution should be a key priority for all big multinational companies operating in Europe.

The major areas concerned are VAT for cross-border e-commerce, AV media services and their flexibility, telecoms regulatory framework and cross-border access to satellite and cable services. Part of the European Commission’s priorities are also new laws establishing cross-border mobility of online content and new aspects for contracts of online sales of goods or supply of digital content.

The associated costs would have to be borne by the service providers of online content and the Member States. Both would have to invest time and money to adjust their infrastructure to comply with the new requirements.

This next step combines the goals of the digital single market and clean transport. Different sectors of the industry such as internet service providers, car manufacturers and communication services would have to take actions until 2019, which is the date for wide-scale commercial deployment of C-ITS.

Addressing issues of security and data protection would entail costs for business. Such costs would be even greater considering legal and infrastructural disparities between Member States. Worth keeping an eye on the expected technical standardization, which will be a fierce battle for securing competitive position on the market. On the institutional side, the discussed creation of EU Road Transport Agency will facilitate equality between manufacturers of automotive products. However, support by the European Parliament will not be enough. Strong engagement of the industry to convince the Council is necessary to make the case for such Agency.

The Single Market will be strengthened with a set of new rules 2017. Several existing legislations will undergo revision across different fields. Major changes are expected in customs and taxation.

More concretely, the European Commission will revise the structure of excise duties applied to alcohol. Also, it is expected that the new structure will extend to tobacco products, including e-cigarettes that will become more expensive thus.

Moreover, the envisaged Common Consolidated Corporate Tax Base and measures implementing the VAT Action Plan can bring legal insecurity in Member States. Business would have to adapt their commercial strategy based on the new tax regime. New binding rules for the large multinationals will mean limiting freedom to conduct business and shrink profit opportunities. 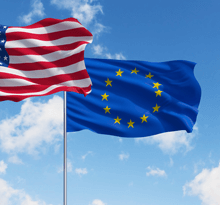 Britain’s decision to leave the EU provides opportunities and challenges for U.S. business. What will determine success or failure depends on how American companies react to Brexit. Change is needed immediately on two fronts. First, the extent that they rely on lobbying. Second, the manner how they conduct lobbying in Europe to shape EU policies.

More reliance on lobbying and government affairs will be needed in the immediate future. Brexit has brought political and economic uncertainty. Most U.S. firms will need constant intelligence and advice in order to anticipate and adapt to the thinking in Brussels. They need to stay on top of existing policy initiatives to ensure that Britain’s departure will not affect the spirit and outcome of an ongoing proposal or existing legislation.

The Brexit vote will most likely be followed by an increase in proposals emanating from Brussels. Brexit dominated much of the debate in the EU over the last year. Britain’s referendum took attention away from policy. With the referendum out of the way, U.S. firms need to be prepared to deal with an increase in activity. They will need to think in advance and have their panels ready to cope with new proposals.

Yet change is not only needed in the way U.S. companies rely on lobbying in Europe. More important even is the manner they will go about it. For years now, many U.S. firms have considered London as their natural hub in Europe. As a result, most of them limited themselves to lobby Brussels from London. This needs to change if U.S. business wishes to stay relevant. As many companies are considering moving their headquarters out of London to other European cities to stay in the EU single market, so should their lobbying teams. Only by looking at Brussels in the same way they look at Washington D.C. would U.S. business be able to influence EU policy-making. Failure to do so will seriously affect their ability to shape process and policy. 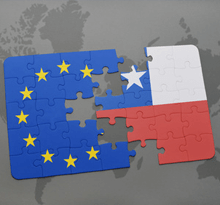 The new agreements signed by the EU with other regions and countries are far more comprehensive and offer enhanced preferential treatment. Against this backdrop, Chile’s relationship with the EU risks falling behind.

All interested parties in the trade deal with Chile and, any other third countries that would like to change or preserve their trade relationship with the EU, can now do so now be representing their views before DG Trade.