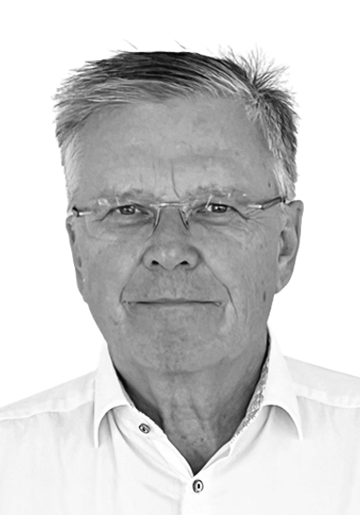 Guus Houttuin is a high ranking former EU official of the European External Action Service (EEAS), the EU Foreign Service. He was the Principal Trade Adviser and Chair of the OECD Multi Stakeholder Steering Group.

Before that he was the Deputy Head of Delegation and Permanent Representative of the European Union to the World Trade Organization, Ambassador for the Council of the EU to the UN in Geneva (Human Rights Council, ECOSOC, ILO, WHO, UNCTAD, ITC, WIPO and ICRC), EU lead negotiator for the World Summit on the Information Society including the Internet Governance Forum and dealing with the high-level political negotiations including the Middle East Peace Process and the Iran talks.

Guus was prior member of the Legal Service of the Council of the EU, negotiator for Commission and Council of the Kyoto Protocol, Energy Charter Treaty and Cartagena Protocol and agent for the Council before the European Court of Justice on a wide variety of cases including on business and economic issues and compensation for damages. He was mediator to the European Parliament and Council on EU environment legislation, and a member of the first team of the EUREKA project (the Mitterrand-Genscher initiative).

He started his career as a Policy and Legal Adviser at the Dutch Ministry of Economic Affairs, a Dutch delegate to the OECD-CSTP and Industry Committee, to the EU ESPRIT program and to COST. He was responsible for the Dutch state aid approval by the Commission, including pre-approval advocacy.

Guus holds a law degree and PhD from the University of Amsterdam.