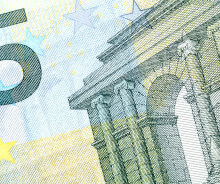 In the framework of the Capital Markets Union project, the European Parliament and Member States have recently reached a political agreement on new rules to strengthen financial supervision and to prevent anti-money laundering.

The new legal regime will improve the governance and the convergence powers of the European Supervisory Authorities. Furthermore, anti-money laundering will be tackled by granting the European Banking Authority a stronger mandate to collect and analyse information coming from the banking and financial sector. Thus, new stringent obligations are expected for market operators.

The politically agreed norms, however, will need to be followed by further technical work from both the European Parliament and the Council of the European Union. In light of the European elections, it will be important to monitor the orientations of the new parliament on this issue and to anticipate the developments in the inter-institutional negotiations.