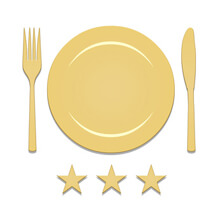 Back in 2008, the European Commission issued a proposal for legislation on providing food information to consumers. The proposal was approved. It included food labelling rules and nutritional information. But Members of the European Parliament rejected a mandatory system that would have labelled food based on the traffic light system.

The idea is now gaining momentum once again. Under the rumoured initiative, producers would have to adopt red, orange or green labels based on the quantity of specific nutrients. Several Member States and numerous Member of the European Parliament wish to adopt the traffic light system. They believe the scheme is quick and efficient and it would allow consumers to make healthier choices.

This is one of the initiatives that is set to come about. Overall, the EU institutions and the Member States have put the focus on junk food. The European Commission and EU countries are not satisfied with the self-regulatory approach of the industry. The EU institutions and the Member States are set to embark on stricter rules against advertising, marketing and sponsorship of foods, which would be of compulsory nature and not simply voluntary.