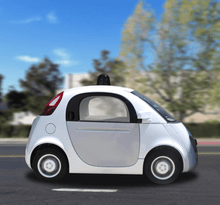 The EU in general and Commission in particular, have lacked proper coordination that, in turn, has led to failure in making realistic commitments and come up with proposals in this sector. But now comes the real opportunity for all interested parties as the German Commissioner from Stuttgart, Günther Oettinger, who is in charge of the digital agenda is on the driving seat on driverless car technology. He has used the connection of this sector to telecoms policy, which is his agenda, to take the lead in the area over the internal market unit in DG Grow.

All those that have argued in favor of autonomous cars in Europe, have now an opportunity to get what they wish if they engage adequately and intensively with the EU institutions. Especially more so since the Commission is set to propose legislation that will directly and indirectly impact autonomous cars in 2016. DG Move is also planning a revision of the intelligent transport system directive.