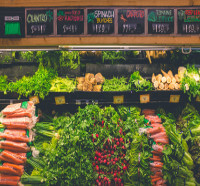 The European Commission has put large supermarket and food retail business under its regulatory radar, in an attempt to rationalize the European food supply chain. The initiative, likely to make its debut as early as in 2018, will place producers and farmers under its aegis, in an attempt to bridle at the hypermarkets power by remedying unfair trading practices and arbitrary contractual clauses.

The current situation has allowed for the accumulation of disproportionate market powers to a few retailers, raising controversy over the misuse of dominant position, price controls as well as abusive and retaliatory business practices. Moreover, the present environment has driven many small-scale producers out of the market, threatening to compromise the entire EU agricultural sector.

Following closely the 2016 recommendations of the Agricultural Market Task Force, the new bill will focus on issues of price fairness and transparency by allowing collective price negotiations and imposing a mandatory price reporting system. Furthermore, the possibilities of easier access to finance for producers as well as the establishing of an independent adjudication system are on the table.

Currently, no concrete proposal has been presented yet. The nascent bill is expected to take form during the following months. This initiative will target primarily supermarkets and food retail business. NGOs and consumers organizations are already voicing their concerns to try and shape the proposal. 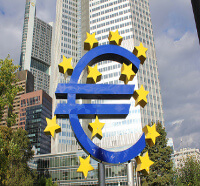 In 2018, the European Commission will introduce initiatives for the development of secondary markets for Non-Performing Loans (NPLs) and the protection of secured creditors from borrowers’ default. This comes against the alarming accumulation of NPLs. The sheer volume of NPLs have overstretched the administrative capacities of the European systemic banks, contributing to inefficiencies, reduced management flexibility and increased transaction costs. Therefore, the European Commission’s initiative is aimed at the development of a harmonized EU framework whereby services such as credit restructuring, collateral administration and debt collection can be efficiently delegated to secondary private market entities.

The above initiative goes in tandem with the need for protection of secured creditors from borrowers’ default. This second part of the initiative, aims to remedy the fragmentation of Member States laws and develop fair and adequate measures to recover value from secured loans when the debtor is in risk of default, which in turn will avert the risk of mounting anew NPLs. This new initiative will allow banks to acquire ownership of encumbered assets in an accelerated, extra- judicial in nature procedure. The new, sovereign backed security, will offer all parties increased access to finance as well as more credible options for creditors to secure their loans.

The expected proposals have already stirred opposition especially over financial protection and judicial oversight. Therefore, the shape of the final rules will depend on the negotiations and amendments prior the proposals are launched and during the decision-making phase.